Illustrator and cartoonist Alexandra Beguez (‘16) focuses on the inner workings and social interactions of her characters. By exploring themes like loneliness and individuality she’s able to explore and reveal parts of herself. Her latest work is an illustrated variant cover for the ‘Star Trek: Trill’ one-shot comic published by IDW.

The story: “Someone is following Vanah, a research student and ex-applicant to the Trill Symbiont Initiate Program, after a life-changing event on a joint Trill-Federation science expedition. Delve into the world of the Trill in this suspenseful tale of tradition, independence, and survival.”

You can pick up the issue here.

Alex has also pencilled and inked a story for the ‘Adventure Time’ comic book titled ‘Banana Man’s Fantastical Amazi-fying Race Against Death.’ The 7-page comic for ‘Adventure Time Comics’ #19 was written by Nick Cron-DeVico, with colors by Vladimir Popov. 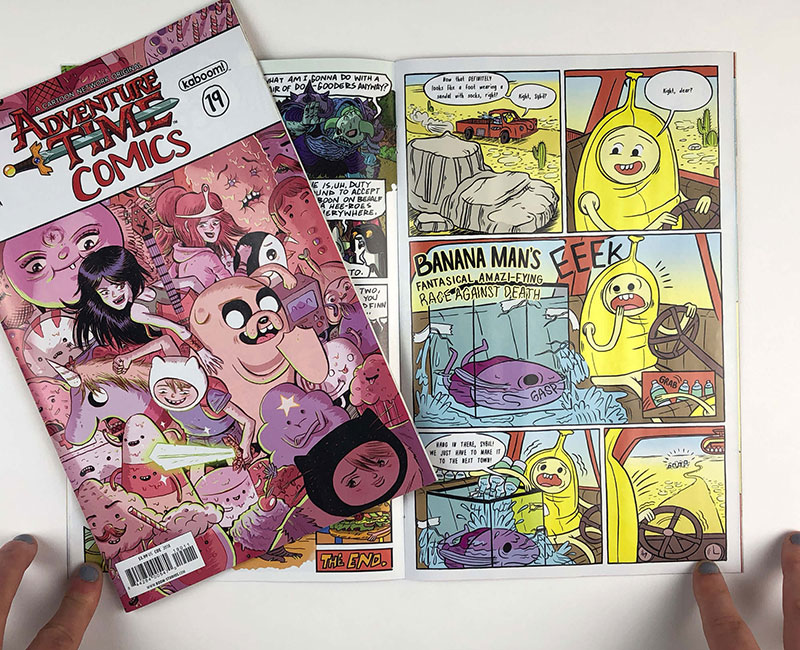 More of Alex’s (amazing) visual narrative work, including Alien Raver stories, can be seen on her bio page and on her website. Her story ‘Alien Raver in Slumberland’ is a delight. The tribute to Winsor McCay’s ‘Little Nemo in Slumberland’ strip was featured in the Eisner Award-winning Little Nemo: Dream Another Dream anthology. The comic received an Honorable Mention in The Society of Illustrators of Los Angeles’ Illustration West 53 competition in the graphic novels/comic books category. 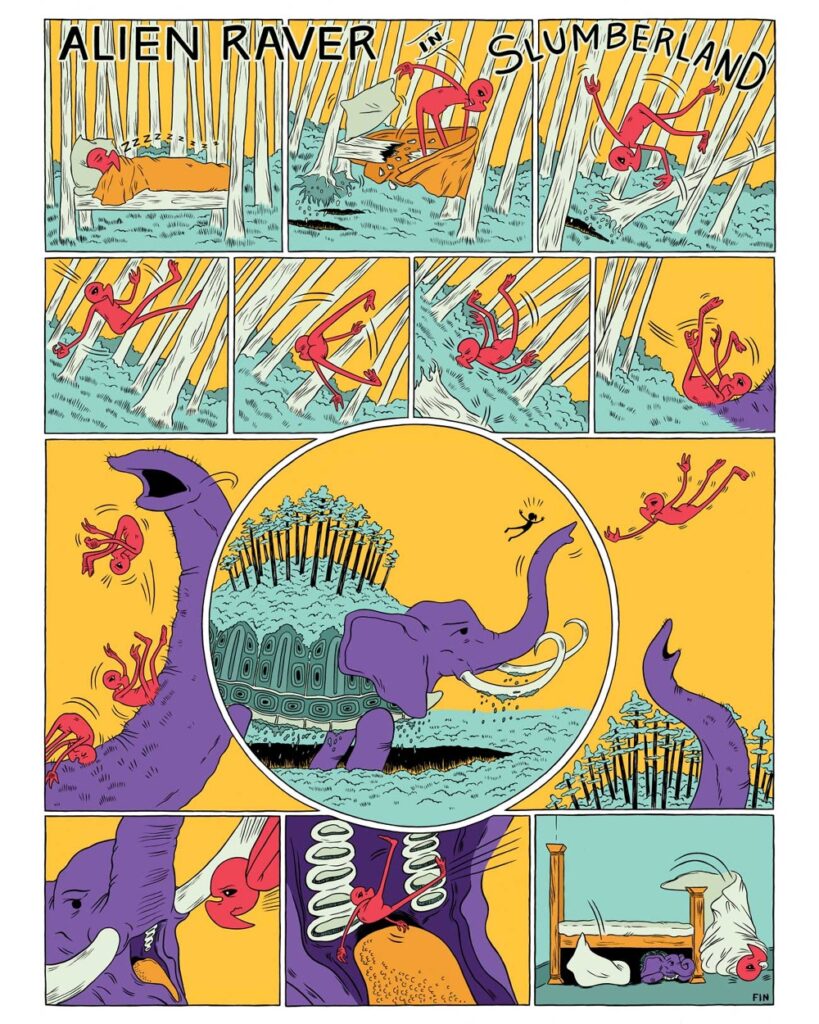