Andrew Taylor (‘20) will takeover our social media channels all day today to show us peeks at ‘Spellslinger.’

Spellslinger is the story of a powerful and influential old wizard/sheriff finally being held accountable for his corrupt ways when he crosses paths with the new generation of rookies that he himself inspired.  The Order of Spellslingers polices the reckless use of magic and Djinni summoning in the western reaches of the Kingdom of Esaglia, but the most successful Spellslinger of them all, Algus Colt, secretly uses an illegal sentient gun to boost his power. When his young apprentice, Petros, discovers his secret he will have to decide whether to let his hero slide by with breaking the rules, or to hold him accountable no matter the cost. 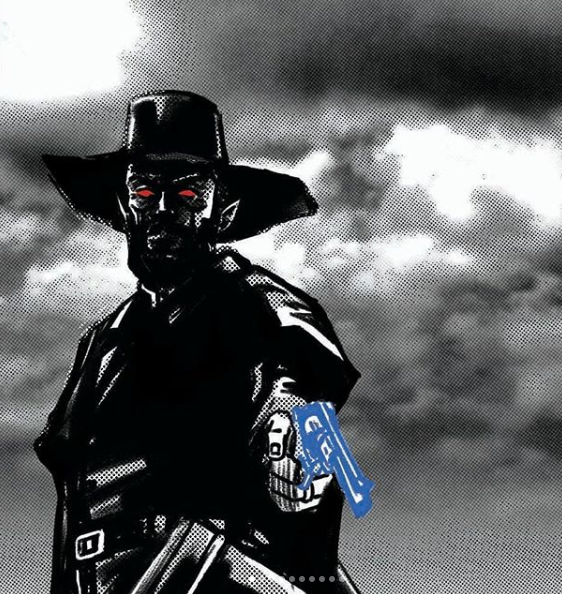