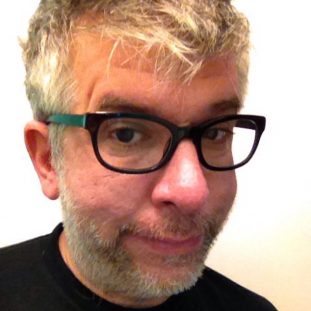 Nik is the co-founder and CEO of BumbleBear Games, LLC., a game design and development firm specializing in local multiplayer and arcade games including Killer Queen Arcade.

Nik has been making games professionally since 1997 and as a hobby since 1983. He has worked on numerous platforms including PC, Mac, iOS, GBA and live action “street” games. The focus of his work currently is the intersection between local multiplayer arcade games and e-sports. His hit 10-player arcade game Killer Queen (killerqueenarcade.com) has received numerous accolades including Indiecade’s Developers Choice award, as well as an IGF nomination for best game design. The game continues to build communities at arcades across the country. Recently, the first national tourmanent (BumbleBash) was held in Austin Texas, where 34 teams from around the country came to compete.

Nik is a graduate of the MFA Computer Art Department at SVA Class of 1993. Before that he studied painting at Queens College. He has been teaching at SVA since 1995 as well as CUNY Citytech, Seton Hall University, Sarah Lawrence College, Mercy College and Harvestworks.