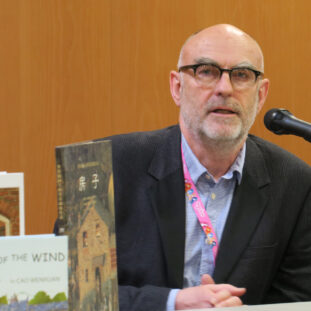 Martin Salisbury is Professor of Illustration at Cambridge School of Art in Anglia Ruskin University in the UK, where he designed the internationally renowned MA Children’s Book Illustration programme. He studied illustration at Maidstone College of Art in the 1970s before working as an illustrator and painter for many years. He is the author of a number of books on the practical and theoretical aspects of illustration which have been published in numerous languages around the world, including the recently published second edition of Children’s Picturebooks: The Art of Visual Storytelling (Laurence King Publishing) in collaboration with Morag Styles and One Hundred Great Picturebooks (Laurence King publishing, 2015). In 2017 his book, The Illustrated Dust Jacket: 1920-1970 became a Thames & Hudson best seller. His He has a particular interest in bringing understanding and appreciation of the art of illustration and picturebook-making to a wider audience, writing columns in publications such as the Literary Review and The Guardian newspaper. He has acted as chair of the international jury at the Bologna Children’s Book Fair, a member of the jury at the CJ Picturebook Awards (Seoul) and the Global Illustration Awards (China/ Frankfurt).

Professor Salisbury is mentoring Handowin He 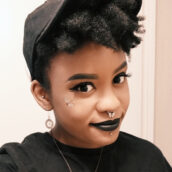