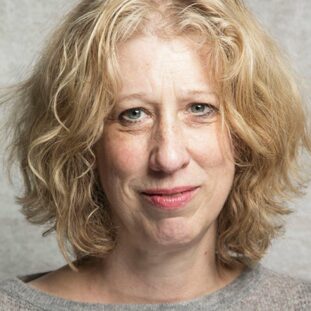 Lori Cheatle is a producer and the founder of Hard Working Movies, a director-driven production company with an appetite for bold, beautiful, cinematic narratives.  She’s produced over 25 award-winning films that have premiered at all the top international film festivals including Sundance, Berlin, Toronto, London, Tribeca and have screened in theaters and on all the major broadcast and streaming platforms worldwide.

Recent films include DREAMING WALLS (dir. Amelie Van Elmbt and Maya Duverdier) which premiered at Berlinale 2022 and was released by Magnolia Pictures; MATANGI/MAYA/M.I.A. (dir. Steve Loveridge) about the pop star and activist M.I.A. which won a Special Jury Award at Sundance, the IDA for Best Music Documentary Award and a Grierson Award; Us KIDS (dir. Kim Snyder), winner of over a dozen festival and human rights awards. Other titles include KIKI (dir. Sara Jordeno, IFC Films); I AM ANOTHER YOU directed by Nanfu Wang (FilmRise, Independent Lens); CAPTIVATED: THE TRIALS OF PAMELA SMART (directed by Jeremiah Zagar, HBO); 51 BIRCH STREET (by Doug Block, HBO) selected as a New York Times 10 Best Film of the Year;  SEVEN SONGS FOR A LONG LIFE (dir. Amy Hardie, BBC) nominated for a BAFTA; THIS LAND IS YOUR LAND (selected for the Whitney Biennial) and many others. She received the Sundance Amazon Producers Award for her work in non-fiction.