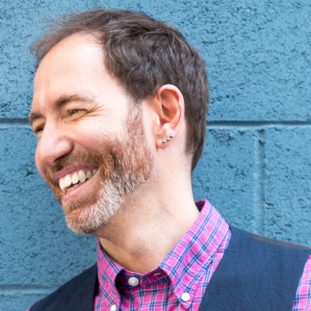 Joe Kelly is the co-founder of Man of Action Entertainment, a writer and producer in comics and animation for over 15 years. Joe is the creator of the lauded graphic novel I Kill Giants (currently in pre-production as a feature film), winner of the 2012 International Manga Award from Japan’s Ministry of Foreign Affairs, a rare feat for an American. His original graphic novel Four Eyes was a YALSA “Great Graphic Novel for Teens” selection. Kelly is credited with writing “The best Superman story of all time” in Action Comics #775, which he adapted to a feature animation home video, Superman vs. the Elite for Warner Brothers, released to great reviews in 2012. His run on Deadpool remains the industry standard. Kelly also teaches Writing for Animation at his alma mater, NYU’s Department of Dramatic Writing.

Man of Action Entertainment is the bi-coastal creative collective responsible for creating such mega-hits as the Ben 10 empire and Generator Rex on Cartoon Network and as writers/executive producers for Ultimate Spider-Man and Marvel’s Avengers Assemble for Disney XD. They are the creators of the characters and team for Academy Award®-winning animated feature film, Big Hero 6. The film was the first-ever animated Disney film based on a Marvel property and the first film to win an Academy Award® based on intellectual property from comics.