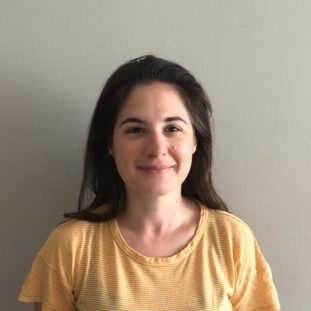 Daniela Sherer is an indie animation director, illustrator and painter. Her projects range from short independent films, commissioned shorts & music videos to animation for the stage.

Daniela’s clients include Adult Swim, NPR, ACLU, the Barbican Centre, Harvard University, Warp Records, Mailchimp, and more. Her animated films have won awards, been broadcast, and have been exhibited in festivals worldwide, such as Annecy, Zagreb, OIAF and Stuttgart ITFS. Her illustration work has been published both in print and online.

She is currently finishing production on a new short called “The One Minute Academy”, which she has written, directed and animated for Adult Swim.

Daniela is a 2013 Animation MA graduate of the Royal College of Art in London, and a 2009 graduate of USC, LA. She is the 2016 Gross Award winner for excellence in independent Animation. Daniela is also a current faculty member Bezalel Academy of Art and Design, Jerusalem.

She is mentoring Marissa Jones (Class of 2020)