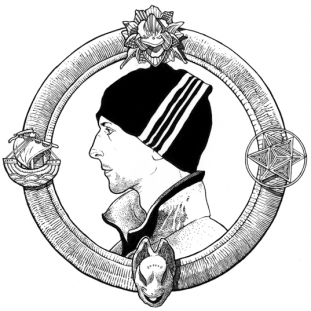 Antoine Revoy is a French multilingual author-illustrator raised in Tokyo in the 80s, then Mexico City and Barcelona in the 90s. Since 2000, Antoine has created award-winning illustrations for international clients such as Der SPIEGEL, Hasbro and The New York Times, receiving Gold awards from Graphis and the Society of Illustrators of Los Angeles, as well as distinction from American Illustration, PRINT Magazine, the Society of Illustrators of New York, and Spectrum: The Best in Contemporary Fantastic Art. Drawing comparisons to Moebius and Katsuhiro Otomo, his artwork has notably been exhibited at the John F. Kennedy Center for the Performing Arts, the Museum of American Illustration, Gallery Nucleus, the University of Rhode Island and the MoCCA Arts Festival.

Antoine is the creator of the horror story graphic novel ANIMUS, published in May of 2018 by First Second Books, and is currently hard at work on its follow-up. He also teaches a number of illustration and storytelling courses—including Comics/Manga/Bandes Dessinees, Pen and Ink drawing, and Senior Degree Projects—at his alma mater, the Rhode Island School of Design, where he was twice nominated for the school’s Excellence in Teaching award (2015, 2017). He lives in Providence, RI, with his wife, illustrator Kelly Murphy, and their many animals.

Antoine is the mentor of Abigael Puritz.