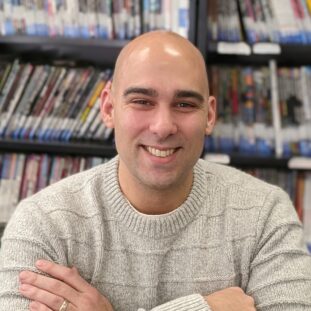 When it comes to the history and art of comic books, Anthony Marques is a prime example about everything there is to love about the art form. A graduate of the iconic Joe Kubert School, he began his career working for MADA Design in New York City before returning to the New Jersey school as an events coordinator. While working at the art school, Marques branched out into editing and managed to work with numerous publishers, including DC Comics and Dynamite Entertainment. A true student of the medium, he was able to bring new and exciting visions to life as an artist for beloved characters such as Batman, Green Hornet, and Ghostbusters. In addition to working on numerous projects with these companies, he became an instructor at The Joe Kubert School before eventually becoming President and owner of the institution. There he works with instructors to usher in the next generation of comic book creators. Marques also owns and operates the historic comic shop, Dewey’s Comic City in Dover, New Jersey, offering a slice of comic book history to lovers of the genre from someone with experience and passion in some of the most famous works.