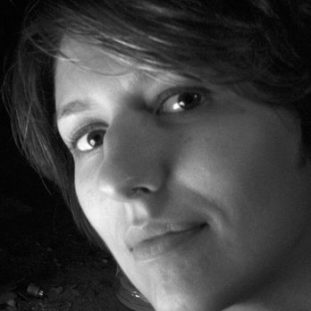 Agnieszka Woznicka is an independent animator, artist and director. Born in Poland, she graduated from the National School of Film, Television and Theatre in Lodz, Poland.
Agnieszka works with traditional and experimental animation techniques, mainly focusing on stop-motion. Her work has been shown at many international film and animation festivals.
Her film “Za grosz” (For a Penny, 1997) won several awards, including Youth Oscar Award at Filmfest Dresden 98’, in Germany. It was also screened at MoMA New York in 2003 as part of A Short History of Polish Animation and at the Pompidou Center in Paris in 2004 in Nova Polska: Survey of Polish Animation.
“Birdy” (2008) has won Director’s Choice Award at Black Maria Festival and 3rd prize in Animation category at Macon Independent Film Festival. It has been screened in Poland, Great Britain, Australia, Italy, India, Canada and USA.
Agnieszka currently lives in Providence USA where she divides her time between personal creative pursuits and teaching animation at the Rhode Island School of Design.