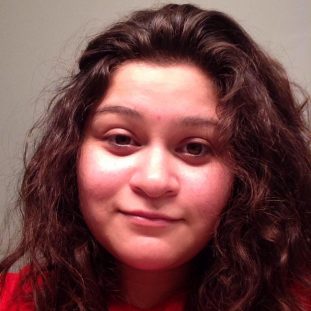 Cady Juarez was born in Blue Springs, Missouri. She is a graduate of the School of Visual Arts with an MFA in Visual Narrative, and of the University of Central Missouri with a BFA in Art Education. Upon receiving her Bachelors, Cady Juarez started teaching children about the value of arts and culture, but soon realized the importance of crafting stories. Her artwork ranges from mixed media, writing, illustration, and children’s books, all ranging from personal to political. Her work primarily focuses on self-reflection, the taboos of childhood, and queer and gender studies, with a younger audience in mind. Drawing from her experiences growing up in Blue Springs, Cady has had group exhibitions in Central Missouri and New York City. Some exhibitions include Personal Practice at the UCM Art Gallery in Warrensburg, Missouri, Digital Short Story in Chelsea, New York, and And Then… in the Gramercy Gallery in New York City, just to name a few.

Recent works include her thesis project Cadence’s Castle, which reflects a thirteen-year-old girl’s day-to-day realizations and struggles of growing up in Missouri with two mothers, Mom and Jackie, all thoughtfully recorded in her personal journal. Similar to Cady’s experiences, her protagonist Cadence battles with the fact that she is growing up in a world that refuses to accept her parents and their identity. When faced with her mother’s darkest secret, the world Cadence had built begins to crumble as she learns to accept her mother’s identity and face her everyday bullies.