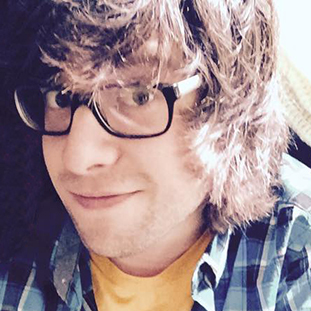 Jon Bero was born in Honolulu, Hawai’i. He is a graduate of the School of Visual arts with an MFA in Visual Narrative, and of the Kansas City Art Institute of Kansas City, Missouri with a BFA in Illustration and Asian Studies. Working across a variety of media, from sound, animation, and writing, Jon Bero pulls from personal experiences for all of his storytelling endeavors. He is deeply inspired by Japanese art, namely the contrast of whimsical visuals juxtaposed with dark or heavy subject matter, a pairing prominent within his own work. Explorations of identity, belonging, and anxiety are at the heart of Jon’s stories, with cartoon-like visuals offering universality for people of all ages to engage with.

Jon works at Apple as a Creative. He leads sessions (such as photo walks/sketch walks, etc.) where he takes people out into the community and shows them how they can utilize their devices to create content and tell their own stories.
His course on Skillshare launched in 2017  (Creating Characters + Animating Stories) where he landed a spot on the top teachers of 2017.
Jon’s mentor was Jörg Tittel.
website