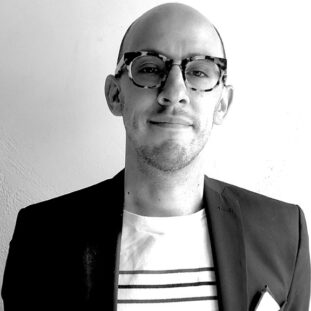 Matthew Bustamonte was bitten by the bug seemingly at birth: he can’t stop drawing, concocting elaborately strange stories, or exploring weird corners of culture and consciousness. These obsessions began with exposure to Jim Henson, 80s Nickelodeon programming, Saturday morning cartoons, sci-fi movies, and Shel Silverstein books; the mess has evolved over the decades to include pop culture oddities, video games, art history, comic books, esoterica, psychedelia, fantasy worlds and all magic that can be conjured with paper and any mark-making talismans.

Now, armed with a BFA from SVA’s Cartooning program, he wants to make sense of this muddled madness through a combination of emotionally-resonant narrative themes and irresistible graphic images, dressing thoughtful & urgent observations of empathy and compassion in a shell of silly fun. To make matters more precarious, he wants to do it through stories for younger readers. Can it be done? Can the world bear the fruit of such strange experiments? Or will it all go up in some glorious pyre as a warning to future romantic weirdos who refuse to stop dreaming? Well, let’s hope not.