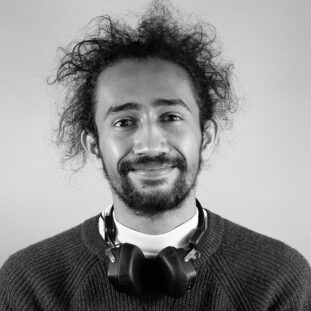 Atheeth is an illustrator, animator and comic book artist based in Kerala, India. He graduated in 2021 with a bachelor’s degree in design from Srishti Institute of Art, Design and Technology.

He started out by drawing comics in the back pages of his math notebooks in school and eventually went on to self-publish a comic book of his own in 2019.

Atheeth is inspired by classic mythological tales and their role in shaping the art of storytelling.

His stories are fantastical and surreal in nature and often portray subversive representations of monsters and demons. He also loves a good twist!

His other influences include 90s cartoons, science fiction, action adventure films and a wide array of comics: from Spider-Man to Swamp Thing. His visual style can best be described as a blend of gothic horror and grunge rock.

As a storyteller he aims to create modern mythologies that, much like the old ones, tell human stories by using inhuman and otherworldly elements.