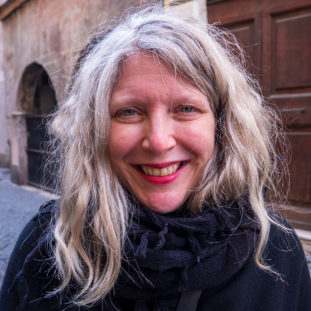 Susanne is a Texan-New Yorker, cartoonist, and illustrator, who draws, paints, makes prints, and tells stories. Raised in Texas, she had already decided two things by the time she was 4 years old: that she wanted to be an artist and live in New York City. It was a long, circuitous route, but eventually, she accomplished both. Before settling in New York, Susanne spent approximately one million years in graduate school, studying art history, with a focus on visual narrative in Medieval and Renaissance art. She scampered down from the ivory tower to work as a copywriter in advertising.

Susanne makes comics, zines, prints, and illustrations, and works both digitally and old- school on paper, depending on the task. Her work frequently explores issues related to women and pop culture. She also likes drawing pictures of animals, because squee!