Movies, in particular, seem to have us by the roots, don’t they?

When I was a kid, Superman made me want to fly. No curb went unjumped.

Ferris Bueller made me want to live loud. Lip-syncing can still happen at any time.

Star Wars, well, Star Wars made me want to be anywhere but here.

After 100 years of the moving picture, we’ve seen a lot of storytellers for the ages emerge. Auteurs have written, directed and acted their way into the collective spirit. Creative teams have helped us see the human condition in a new light.

Here are five great examples of movies that used astonishing storytelling to smash through our daily problems, wrench away long-held beliefs and pulverize (or spawn) neuroses. 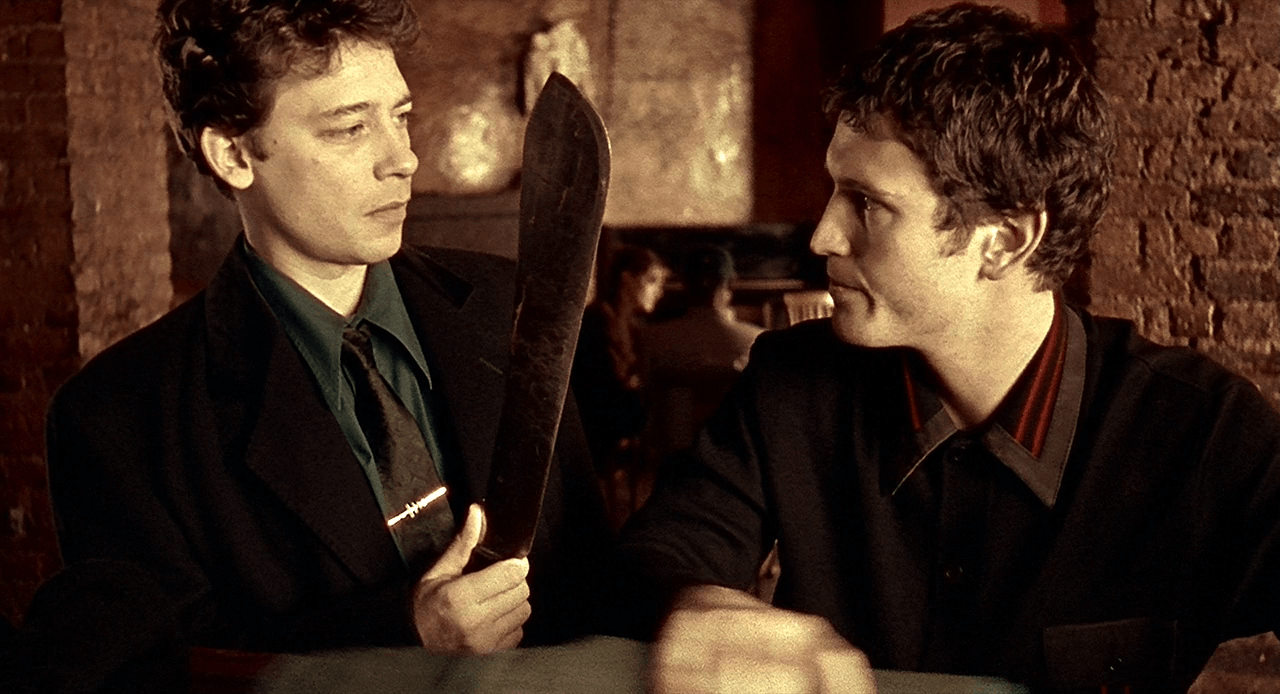 Lock, Stock & Two Smoking Barrels is a masterpiece of pacing. It has competition in films like Indiana Jones & The Temple of Doom and Kill Bill, but LS&TSB takes the crown for a roughness around the edges.

Released in the US in 1999, the film didn’t do blockbuster numbers, but it made an impression. The story is a constant barrage of twists wrapped in a smattering of well-timed edits, with a heaping pile of funny.

As any visual storyteller will tell you, taking an idea and giving it life can be tough. This film has so much energy, you get the feeling that the story could have kept going for another hour. In fact, the story may still be unwinding today! That’s good storytelling. 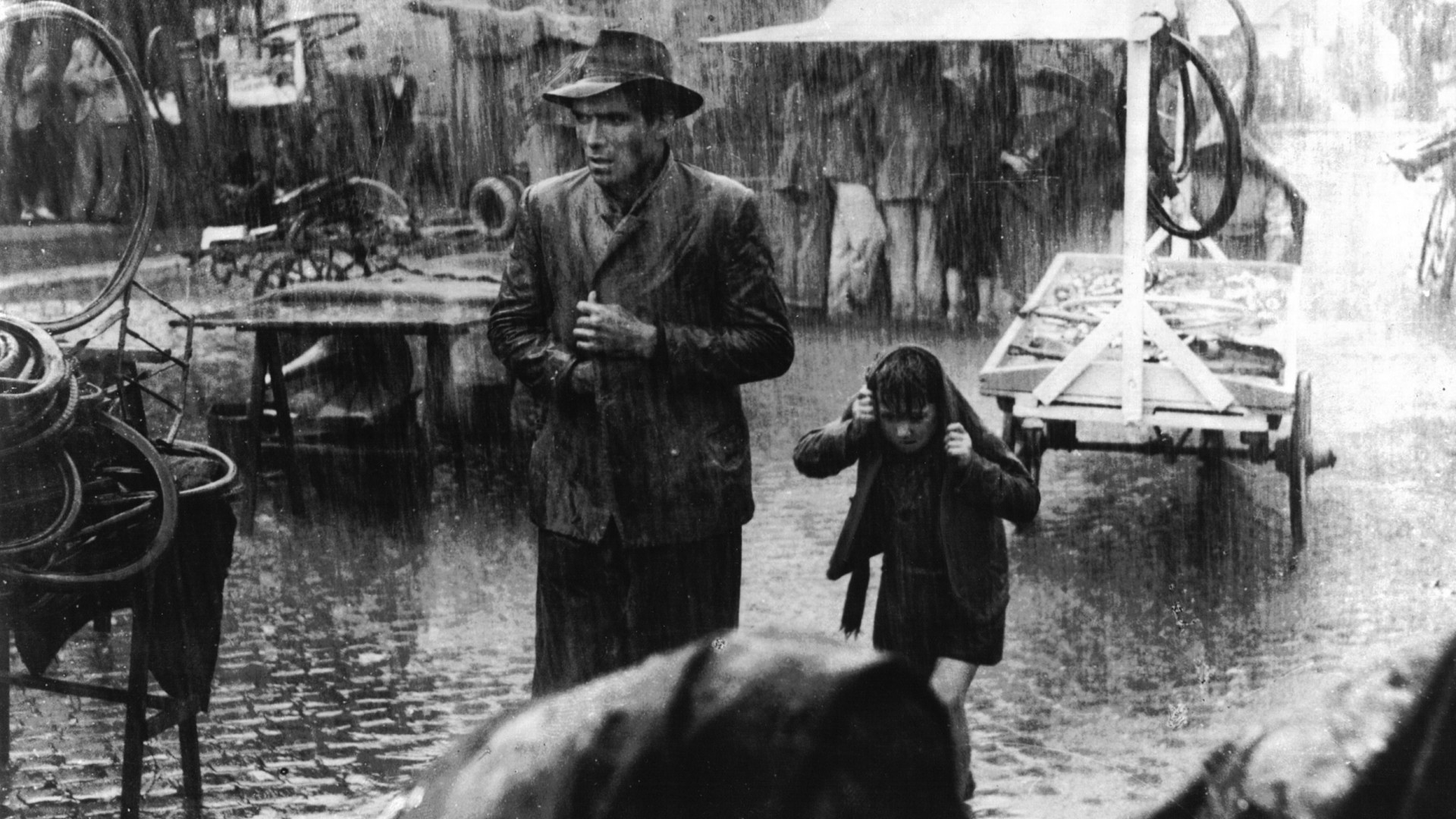 The Bicycle Thief is a tough film to watch. Not because of any failings, but because of its success at making us, yes making us, empathize with a desperate man who has lost his bicycle: the one tool he needs to do his new job.

The Bicycle Thief follows him through the uncaring, hectic streets of Rome as he tries to hunt it down. We’re swept up in his plight by the single-mindedness of it. If he has the bicycle, his family eats. If he doesn’t have it, they don’t. The contrast between a simple quest and its devastating implications is strong enough. But when you have a carefully crafted world of indifference, you have the perfect stage for a story that will never leave you. 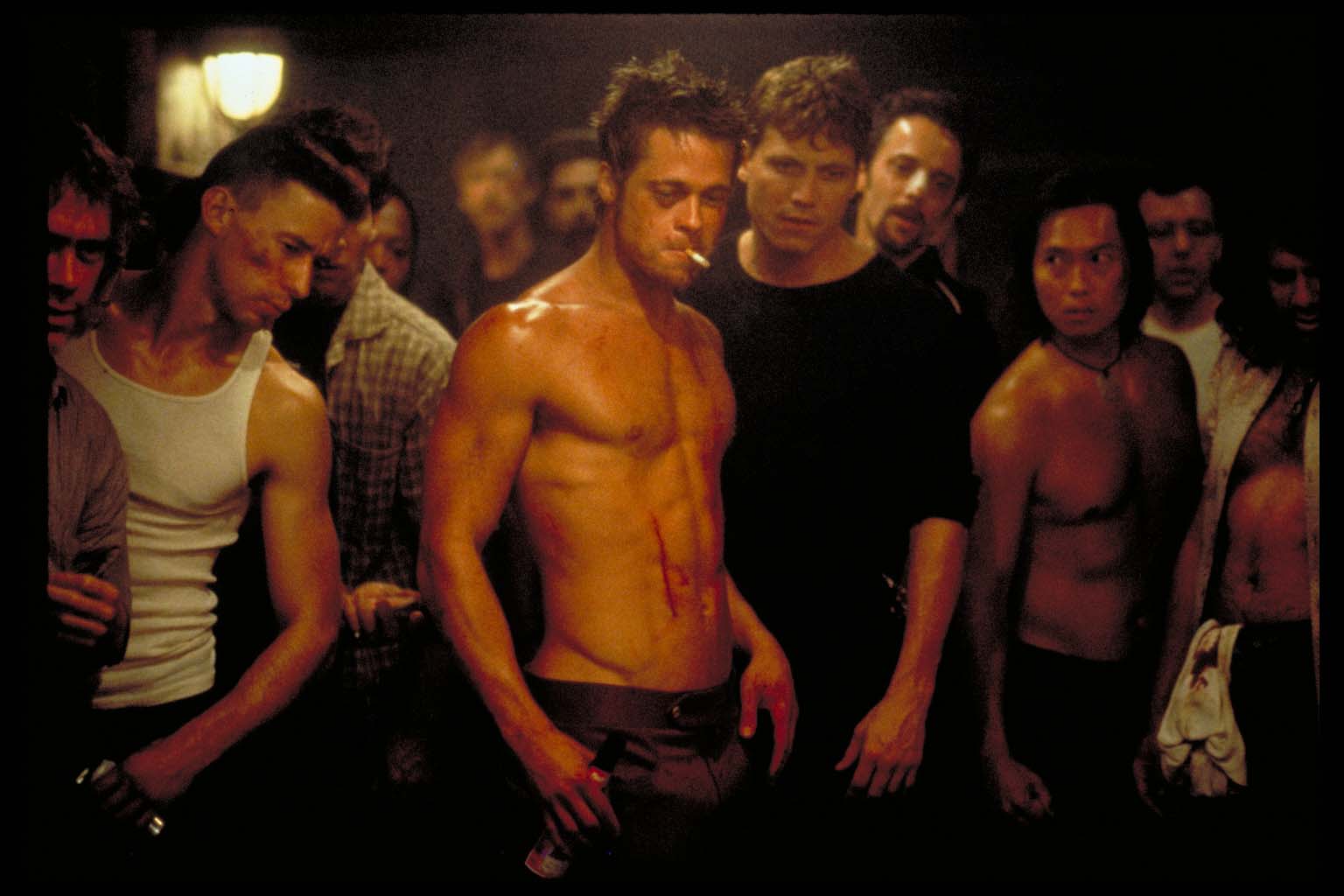 Fight Club is proof that the psychological realm is as rich for mining as aliens or Nazis. But you have to be brave enough to tackle it.

Directed by David Fincher and starring Edward Norton, Brad Pitt, and Helena Bonham Carter, Fight Club takes the psychological thriller and adds visceral violence and middle-class angst. There’s just something about calling everything bullshit and lashing out that appeals to millions of us. While we care for the no-named narrator/protagonist we also get pulled into the loathing spirit behind the story and delight in how low he can go. The ending wraps up the story, but it also puts a ribbon on the audience’s feelings, forcing us to ask us why we just felt like that for the last two hours. 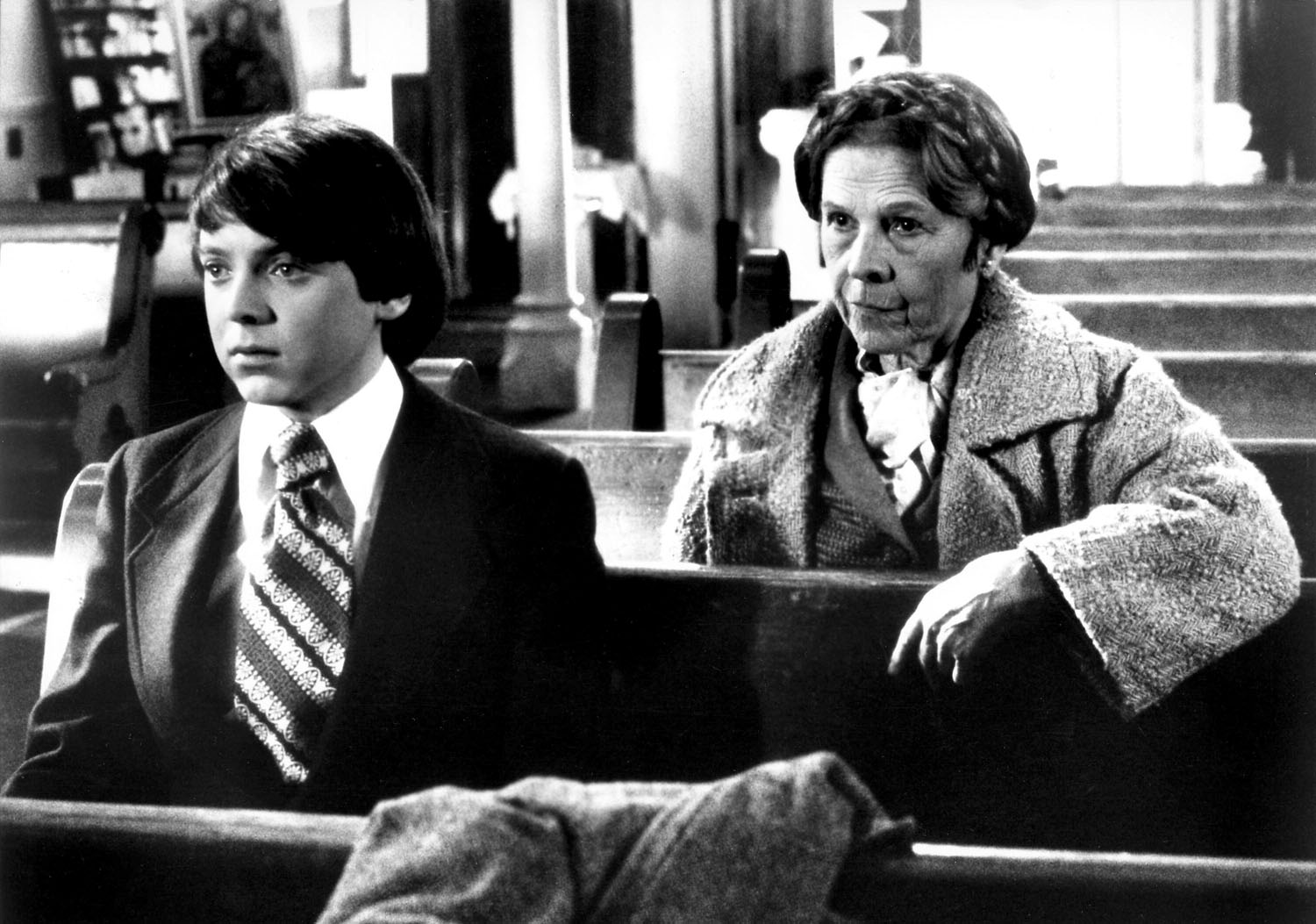 Hey, we had to include a Romance, right?

Teenager Harold Chasen is obsessed with death. His hobby is to fake suicide. It ‘s gotten to the point where finding him hanging from a rope doesn’t even bat an eye.

Harold meets Maude a 79-year-old woman at a funeral. As it turns out, they both like to attend funerals in their spare time. While the relationship starts on common ground, it ends up that Maude actually adores life and embraces it. The two of them spend time together and slowly fall in love with art and music as their bond. It’s fascinating to see how successful the film is at making all of this believable.

Harold & Maude wasn’t only a great story in a great film. It was a challenging story that made millions of us uncomfortable. Even those of us who were relatively comfortable watching it, ended up slightly uncomfortable that we were, well, comfortable.

Any film that can pull off jujitsu like that should be honored. 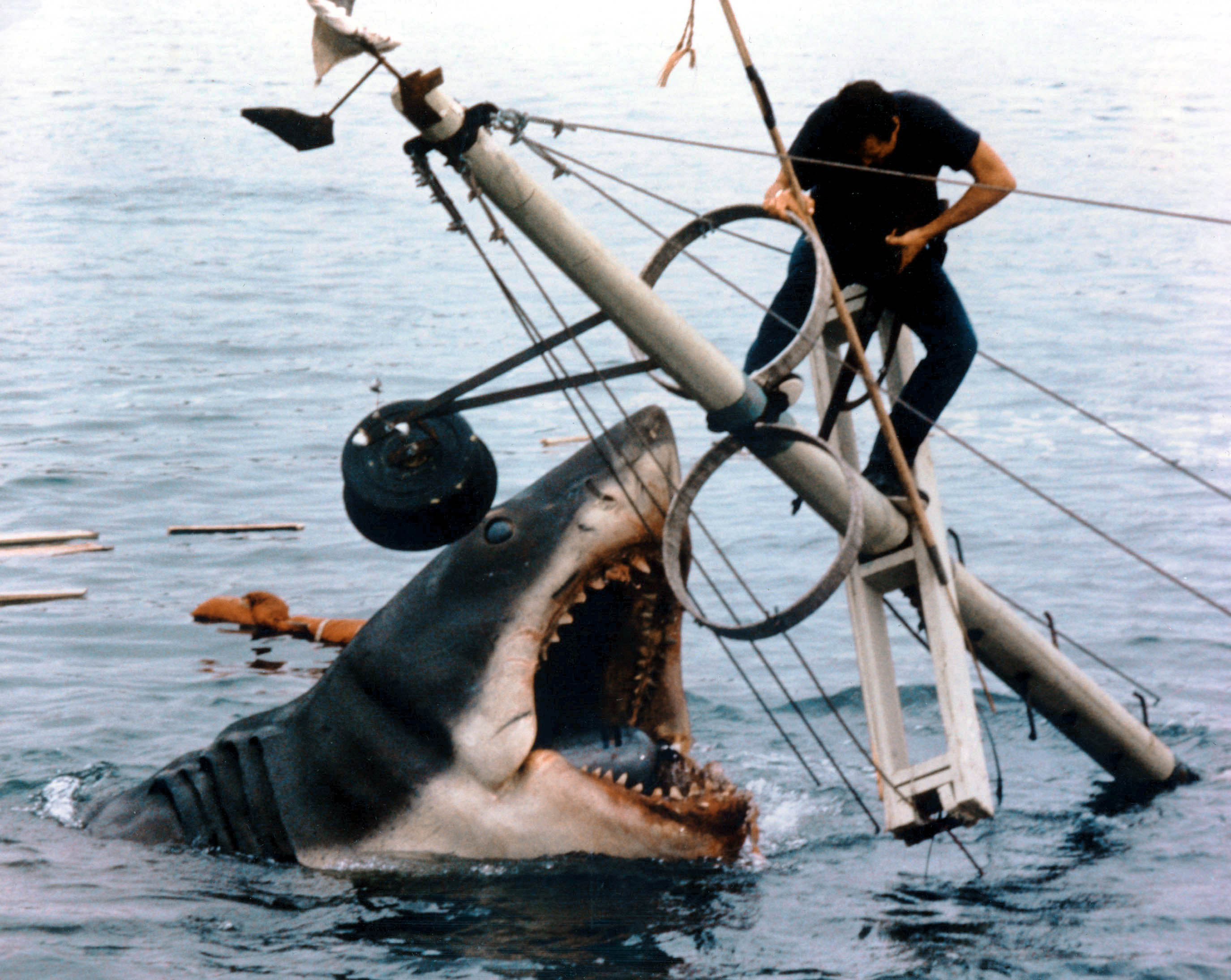 Some film scholars call Jaws the best Western movie ever made. It’s true that the film takes the best elements of classic Western films and hands them over to a shark. The threat to a small town. The sheriff who finds himself up against something much bigger than he’s ready for. The awkward deputies. The unstoppable villain. The showdown!

But it’s a simplification to say that the film piggybacked on Westerns. It actually transformed the Western formula into a Hollywood requirement. By being the success that it was (the biggest grossing film ever, until Star Wars came out two years later) Jaws set the stage for decades of storytelling that’s meant to appeal to our sense of easy-to-get, quick-fix entertainment.

And that’s not all! By taking the Western plot and mixing it with a monster movie, Jaws made the idea of high-concept a permanent part of our storytelling culture. High-concept is a term used to describe an idea that can be summed up easily, in one or two sentences.

None of this should take away from the fact that Jaws is an incredible film that executes its story perfectly. It terrifies with its visuals, its music, its edits and its script.

Our list enjoys some spectacular company. I mean, how could we neglect to mention The Godfather or The Empire Strikes Back or Rear Window? But our favorites capture the complex and expansive nature of storytelling. You get refinement, raw emotion, taboos, subtlety and some unique action scenes to top it all off.

If you run across any of our candidates in a dark alley of Netflix-town (Netflix-ville?), watch them. Again and again. Because all of these films, every single one of them, make us want to tell better stories.

What are your five films that exemplify powerful storytelling?

In hopes of avoiding some of the blowback that any List post brings, here are some other movies that almost made our cut: